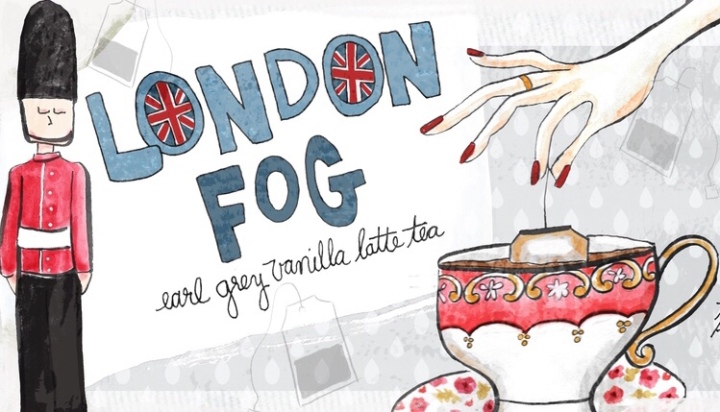 I didn’t know what a London Fog was until a couple of weeks ago.  I was watching a YouTube video called Pure Living For Life.  Alissa and Jesse were raving about this drink that was the new craze, but didn’t explain what it was.  Go figure.  I gathered it was a tea drink since I saw a tea bag sticking out of the cup.  Now my curiosity was peaked and I needed to do a google search.

Here is what I found out.  This drink is basically comprised of three ingredients: tea, milk, and vanilla.  The key component to a London Fog is Earl Grey tea.  You add steamed milk and vanilla. Voila!….an Earl Grey Tea Latte. There were also copious variations of this tea drink which I will post at the end.

I was curious about how many others knew about this tantalizing drink so I posted a poll on Twitter.  Only nine people responded, but of the nine it was clear that hardly anyone knew what a London Fog was. 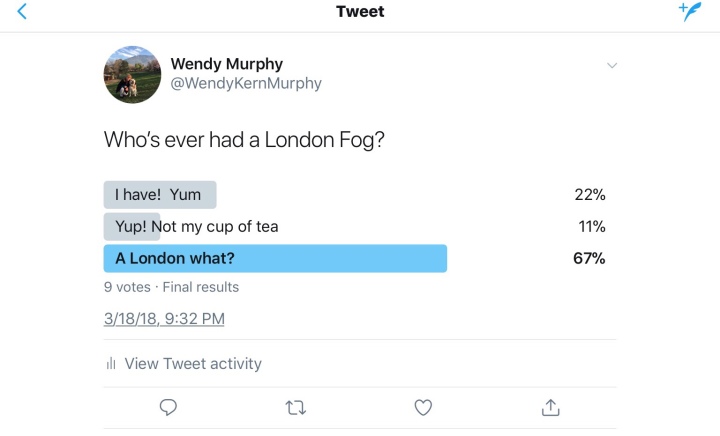 Now I needed to recreate this drink.  I had all the ingredients, even vanilla syrup.  Now I just needed to boil some water, steep the tea, and steam some milk.

It took a couple of tries to get the vanilla syrup ration down, but after I perfected it, oh boy!  Yum Yummy!

I hope you try this drink.  You’ll be pleasantly surprised as I was.  Try a different version and let me know how you liked it in the comments.

This site uses Akismet to reduce spam. Learn how your comment data is processed.